In honor of Black History Month, we’re highlighting African Americans who’ve made significant impacts and contributions to the dental field. Today, we chose to honor and remember one of America’s first professionally trained African American dentists, Dr. Robert Tanner Freeman, DDS, who was the first to:

Who Was Robert Tanner Freeman?

Dr. Freeman was born in 1846, in Washington D.C., and was the son of two former slaves. In his teen years, he began working for Dr. Henry Bliss Noble, a white dentist who owned a dental practice close to the White House. He mentored and encouraged Freeman during his years as a dental assistant, and eventually pushed him to apply to collegiate dental schools. After getting rejected from two colleges, Freeman was finally accepted into the Harvard University School of Dental Medicine. At the age of 22, he went on to be the first black student to graduate with a Doctorate in Dental Surgery, in the year 1869.

After graduation, Dr. Freeman returned to Washington D.C., where he set up his own private practice and began mentoring African American youths who were also interested in pursuing dentistry. He immediately became a pillar among the D.C. black community and committed his remaining years giving back to others. Sadly, Dr. Freeman passed away in 1873, only 4 years after graduating from dental school.

Although Dr. Freeman lived a short life, his legacy has surely extended beyond it, reminding us of the efforts of those who broke racial barriers when racism was so prevalent. Today, he is honored by the National Dental Association, which adopted his mission to extend dental education to impoverished youth in his community.

Interested in scheduling an appointment with Adventure Dental and Orthodontics? Call our Santa Clarita office today at (661) 251-0200!

What Patients & Parents Are Saying About Us 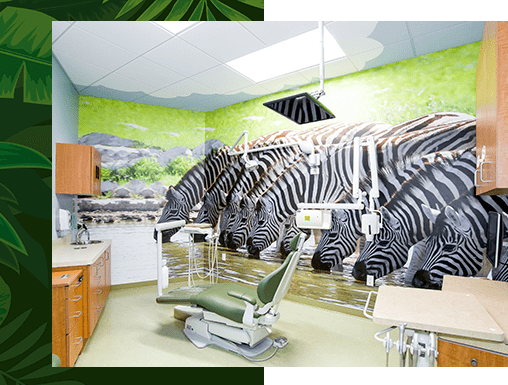 More Reviews
My children adore their dentist! “My children have been visiting this office since they grew their first teeth. I chose this office because they don’t strap down children or give them pills hidden in pudding to sedate them, like other ...”

- Carmen Wright
The BEST experience!
“The BEST experience! I took my 6 and 4 year old in for the first time. From the moment I walked in the office was set up for fun. My kids both enjoyed playing video games in the waiting room.”

- Marlene Sabourin
‘I love coming to the dentist!’
“I have been coming here to see Dr. Monti with my boys for 10+ years and even though they’ve grown up, my 6 year old now comes here and I couldn’t be happier. We often see Dr. Pepper who is amazing as ...”

When You Trust Your Child with Our Team,
You Can Expect:

A caring staff that is committed to providing an excellent environment for your child.

Treatment focused on issues that children often face with their oral health.

Highly educated dentists with degrees from UCLA and Harvard.